Anyone standing in the salt hut, listening to the salt-maker's tales of Læsø Salt, is sure to be caught up in the atmosphere in the hut, by the beam construction, the simmering of the water, and the rays of light mingling with the steam and the smoke from the fire.

Production in the old-fashioned way

The way of salt-making at Læsø is not a new phenomenon. From the 12th century and for the next 500 years, the Læsø islanders produced salt in this manner. Læsø Sydesalt is produced in huge pans in accordance with ancient recipes. The salty groundwater is obtained from wells at Rønnerne. The water is poured into large iron pans which hang over the fire. The water evaporates and when the brine is saturated, the salt crystallizes. It's then shovelled up into large baskets where the excess water drips off prior to the salt being dried. It's very important that the water doesn't boil, otherwise the salt will turn bitter.

Læsø Salt is an intense, but round-flavored sea salt, which makes it extremely good as table salt. It contains around 90% pure cooking salt (NaCl), as well as various minerals, iodine and trace elements. 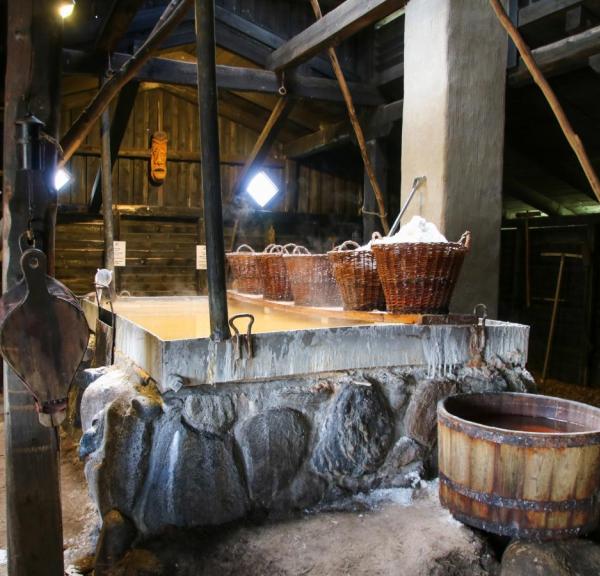 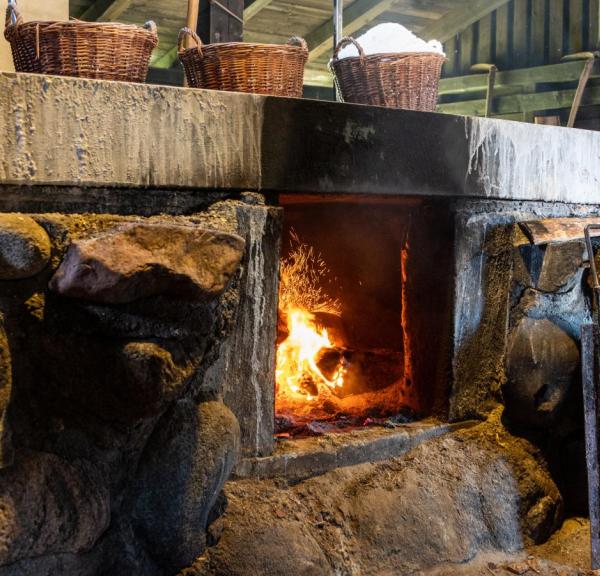 It's the salt-seether's responsibility to ensure that the saltwater in the iron pans is maintained at the correct temperature. He does this using a wooden rake which he pulls through the water. It's also the salt-seether who describes his trade and the history of salt on Læsø. He does this completely free of charge for all those wishing to listen on the stroke of every HOUR from 10.00-16.00 from 1 May til 1 October, as well as at Easter and during the autumn half-term holiday.

Today, as in the Middle Ages, the brine is recovered from wells dug at Rønnerne. A combination of geology, winter storms and a dry climate mean that very salty groundwater is formed. On several occasions during the winter the seawater floods the flatlands and in the summer months there's a high rate of evaporation from the sandy surface. At a depth of approximately 2 metres down in the sand the water meets a solid layer of blue clay, which prevents it from seeping down any further, so that it remains near the surface and evaporates. The water reaches a salt concentration of up to 15 per cent. In comparison, the salt concentration in Kattegat is around 2-3 per cent. 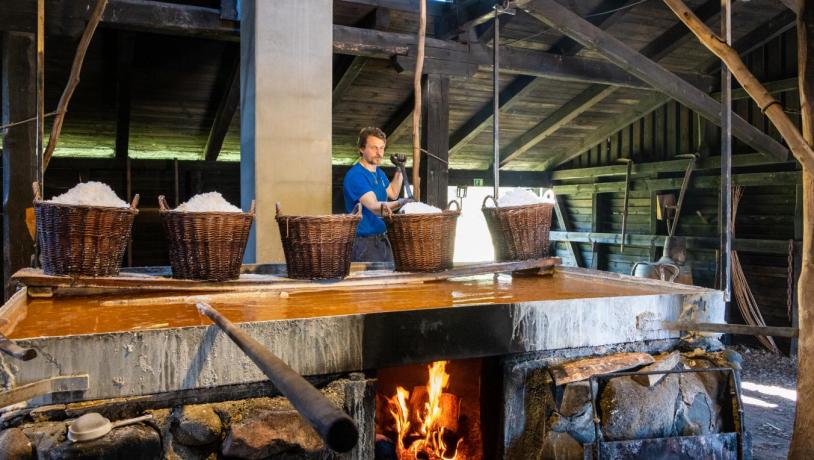 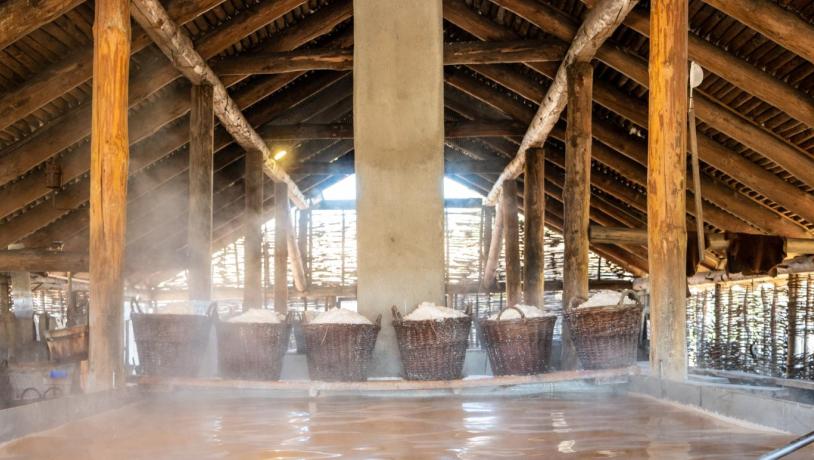 From 1990 and every year for the following 15 years, archaeologists, led by Jens Vellev and architect Hans Langballe, have carried out archaeological excavations on Læsø. The first seething hut is a reconstruction of a hut from the 12th century. It was opened on Constitution Day (5th June) in 1991. In 1998 Læsø Saltsyderi was extended with a large double hut, which is a reconstruction of a building that was excavated on Langerøn.

It's a well-known fact that saltwater treatment helps to alleviate and soothe the skin condition called psoriasis. It's also known that salt, iodine and magnesium have a greater effect in combination. After 1 week's seething, the water that remains is a saturated brine with a high content of iodine and magnesium.

Salt spa in the church

Læsø Kur is a spa resort based on the salty groundwater from Rønnerne. In addition to the treatment of psoriasis patients, the resort offers spa and wellness treatments to all its guests.

School classes can book a number of special activities at Læsø Salt.