Seaweed has always been a part of Læsø's history - seaweed roofs, seaweed salt, seaweed mattresses, seaweed as insulation, seaweed as nourishment and fertilizer in the windswept sandy soil. Today, seaweed is used both in the production of delicious food and in the characteristic seaweed ro

The seaweed roofs on Læsø

The seaweed houses on Læsø shows a very special building style, which is not found anywhere else in the world, and like Læsø Saltworks, they contain a fantastic story. The background for the seaweed roofs on Læsø is that the island did not even have straw or wood. On the other hand, eelgrass and stranding timber could be found on the beach and used for roofs and half-timbering for the houses. As the men were often away from the island to sail or fish, the seaweed roofs were largely the women's project. Today, the pliers work is carried out by Læsø's pliers and roofers, who continuously restore the unique and beautiful seaweed roofs.

The seaweed roofs on Læsø 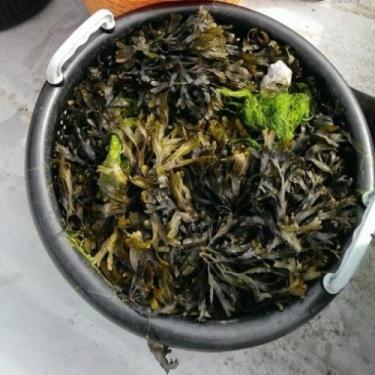 On Læsø, seaweed is not only used as a building product - it is also a fantastic, healthy and tasty food, which can be described as one of the superfoods of the future. The sea that surrounds Læsø is one of Denmark's cleanest waters, and the seaweed thrives in the clean and salty water. It is therefore completely natural to produce seaweed on Læsø. On the island, you can both buy the ready-made products and get a unique experience on a guided seaweed tour, where you learn to harvest and cook seaweed yourself.